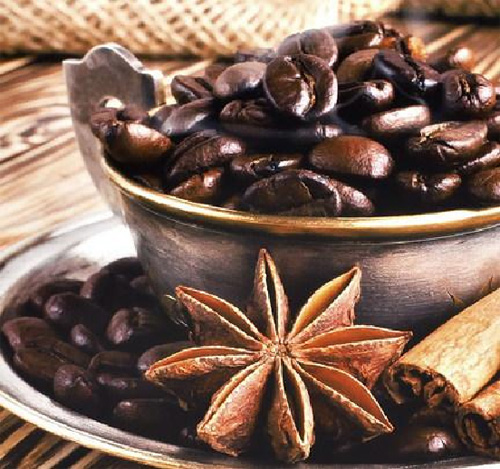 There are about 70 sorts of coffee trees existing nowadays, from dwarf shrubs to 10-meter giants.

Two main botanical sorts of coffee trees, and, therefore, the grains obtained from the fruits of these trees are Arabica and Robusta, which is sometimes called the Congolese coffee. According to different estimations, up to 98% of the coffee produced in the world comes to these two sorts, with Arabica accounting 70%, and Robusta – for about 30%. The rest 30 sorts (due to some other estimations – 70) amount only to 2% of the world coffee production. Arabica, which is the most widespread sort of coffee, grows at an altitude of 600 to 2000 meters above sea level. Well-shaped elongated grains have a smooth surface with light sigmoid curve where the small unburned particles of coffee berry usually remain after light roasting.

Robusta is faster-growing and more sustainable to pests than Arabica, and grows at an altitude of about 0 to 600 meters above sea level, primarily in tropical areas of Africa, India and Indonesia. The Robusta grains are round-shaped and can vary in color from light brown to greyish green. Robusta typically is considered as less refined sort in terms of its flavor. At the same time, it contains more caffeine, and is often used in espresso coffee blends that results in better coffee foam and cheapens the blend.

Some species, such as Liberica and Ekstselsa, don`t have any industrial value. However, some other, for example “Kopi Luwak” or “Kape Alamid”, are the most expansive sorts of coffee because of their long-running and extraordinary preparation, within which it should pass the food chain, including the gastrointestinal tract of musangi, or Asian palm civet (Paradoxurus hermaphroditus) - small animal of civet family. Lacking the last link of this process, the taste and aroma of the coffee become rather poor.

Recently there appeared 10-times cheaper analogue of “Kopi Luwak” named “Monkey Coffee” and grown on the Taiwanese plantations on the Formosan mountain slopes, which has the same complex chain of raw grains processing.