Locations of coffee cultivation in the past 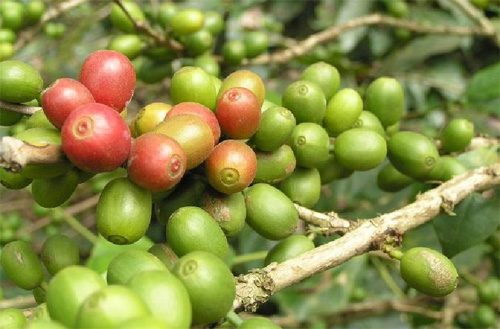 Until the XIV century, coffee grew in Ethiopia as a wild plant. Later coffee tree was brought to the Arabian Peninsula. In the late XVI century, European traders began buying coffee in Arab ports, and brought it into Europe in the 1600-ies. As legend has it, in the middle of the XVII century Muslim pilgrim smuggled coffee beans into South India. From there, at the end of the XVII century Dutch traders smuggled coffee tree on Java and Sumatra. It put an end to the Arab monopoly on coffee cultivation.

Thereupon, in 1706 the Dutch colonists sent the coffee tree sapling to the Botanical garden in Amsterdam, and that was a tree which marked the beginning of the coffee cultivation in the New World colonies.

A few years later the King of France received the coffee tree sapling as a gift from the Dutch, and soon after the French took away varieties of Mocha from Yemen into the island of Bourbon (now - Reunion, near the island of Madagascar). Thus the story of the famous Arabica brand called “bourbon” began.

In 1721the plantations were laid in Guiana and Martinique, 1727 - in Brazil, 1730 - in Jamaica (the beginning of the famous variety “Blue Mountain”), 1748 - Cuba, 1760 - Guatemala, 1779 - in Costa Rica. Eventually at the beginning of the XIX century coffee belt around the Earth was closed. Within a few centuries, coffee became popular in both hemispheres, being a good source of income.